Relics from the Akashic Prairie


"Relics from the Akashic Prairie" is a body of work inspired by dreams, spiritual readings, random thoughts and moments of synchronicity. The concept for this exhibit is rooted in Molly O'Connor's own fascination with the Akashic Records, known as the universe's "Book of Life,” where all thoughts, emotions, stories, actions and events are stored. The work was first exhibited at the Project Box in Oklahoma City's Paseo Art District in June 2015.

Red Dirt Report and NewsOK provided some nice publicity for the exhibit!

The Reincarnation of Rosasharn's Daughter 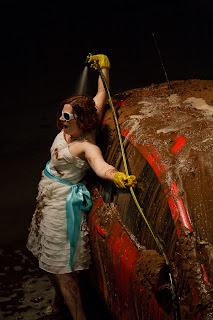 "It has been nearly eighty years after the “Great Depression” a time which Oklahoma fell into extreme poverty and desolation as the Dust Bowl transformed fertile farmland into a dusty, barren wasteland.  Like many Okies, the Joad Family has long since left for better days in California via Route 66. Most have all but forgotten about Rosasharn’s stillborn daughter, until the day she returns to Oklahoma for a visit."

In April 2011, I created and performed and original solo performance at Living Arts in Tulsa.  This performance was part of the Low Lives 3Project, an international online performance art festival.  Curated by Jorge Rojas, Low Lives utilizes media to broadcast a series of 55 performances to a global audience.  To learn more about Low Lives, visit: the low lives website.  You can view the recorded performances from 2011 and the previous years.

In my performance, entitled: "The Reincarnation of Rosahsarn's Daughter." I portrayed the fictional character: Rosasharn’s Daughter.* Driving a car caked in red dirt, Roshasharn's daughter emerges from the car as a timeless beauty queen who uses soap and water to wash the car clean.  In the process, she consequently becomes wet and dirty, her white pristine dress becomes stained with red mud.

The concept for this performance piece stems from the conflicts that exist within the cultural identity of the modern Okie.  While our state progresses and thrives economically, we continue to be plagued by high poverty, poor health and lack of education.  We are, in essence, still haunted by the Dust Bowl.  Okies have always had strong ties to the land.  (Our state song boasts: “We know we belong the the Land…and the Land we belong to is Grand!”)  However, sometimes it is questionable if we have learned from our past when it comes to taking care of the land.  Today, our farmland is poisoned with pesticides and stripped of nutrients. The threat of drought and the concern about another dust bowl often surfaces in local conversation. The increased demand for water rights has become a legal and cultural battle. Recent weather patterns including a 100 day heat wave with temperatures that exceeded 100 degrees and record breaking drought have left us to wonder what the future holds for our ability to survive on this land that we call home. 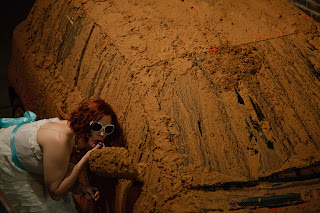 *In John Steinbeck’s book, “The Grapes of Wrath,” the young Rose of Sharon Joad (pronounced Rosasharn Joad), gives birth to a stillborn baby.  The baby likely dies due to malnutrition.
Posted by Molliver at 12:55 AM 1 comment:

One of the things I enjoy doing is creating my own original characters.  Sometimes these random people show up at local art events or star in their own unique performance.  Inspired by performance artists such as Andy Kaufman and Improv Everywhere, I seek to provide an interactive performance experience to sometimes unsuspecting audience members. The characters I create are true to life yet quirky and often based off of real people.   If you have an upcoming event or engagement and you are looking for a party guest with pizzaz or a guest speaker who knows nothing about the topic of interest, I can be your gal. 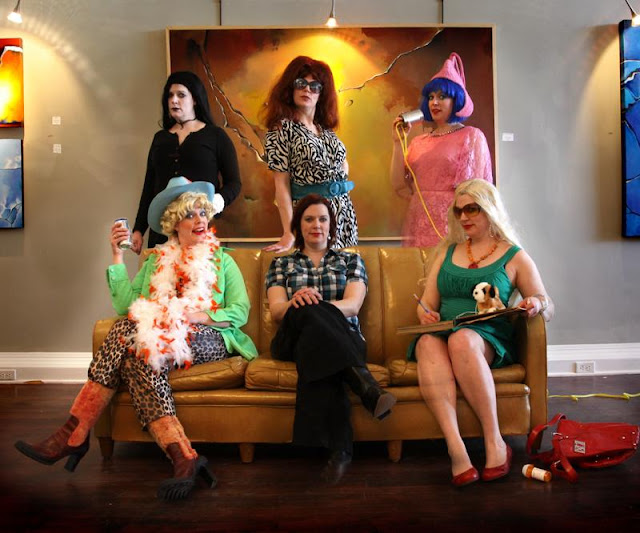 This is your brain on love...Any questions? 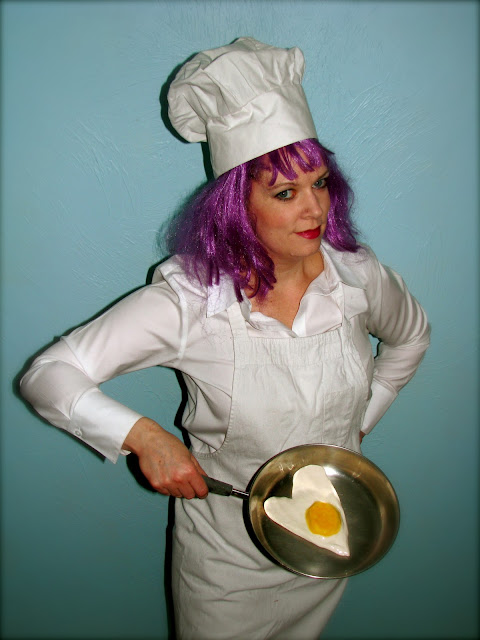 Ahhh...February!  With Valentine's Day right around the corner, Love is in the AIR!  Love is everywhere...but most importantly, Love is on the BRAIN!  (Hallmark is counting on it.)
If you are looking for a most egg-cellent Valentine's Day gift (you know, something affordable, yet authentic and handmade by an Oklahoman artist), consider purchasing one of Molliver's "Brains on Love."  These humorous ceramic egg-hearts are made to go on the wall.  They are only $15 each and can be purchased at the following locations:
Istvan Gallery, 1218 N. Western Ave, Oklahoma City, Oklahoma www.istvangallery.com
Scribner's Gallery, 124 S. Independence Ave, Enid, Oklahoma www.scribnersgallery.com
P.S. Molliver's parents DO NOT need to know that she is selling her eggs.  Please do not mention it to them if you see them in passing...thanks!
Posted by Molliver at 3:43 AM No comments: 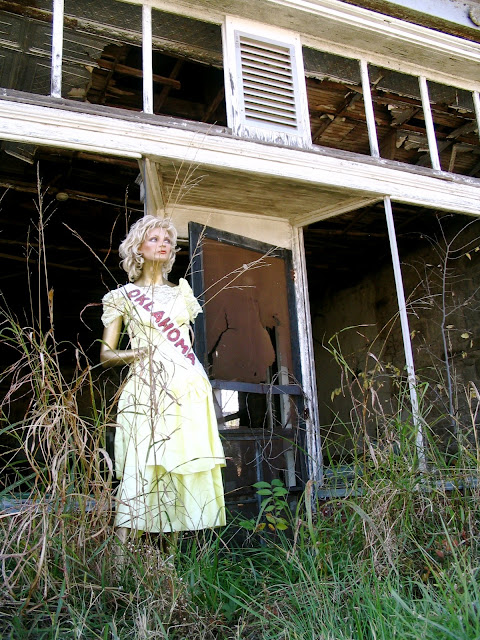 Since 2004, I have been working steadily on a photography journey throughout the state of Oklahoma.  Escorted by my quiet yet loyal friend Barbara  (a mannequin that believes she is the current reigning Miss Oklahoma), we travel across the state to capture the mysterious and authentic places in our beloved home state.  The project is serendipitous.  We seek places that tell stories.

Find out more at: www.themissoklahomaproject.com
Posted by Molliver at 3:23 AM No comments:

The Art of LawnMowing 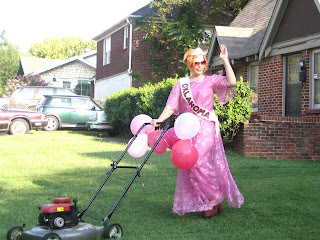 Life is way too short to waste time getting bored.  Sometimes the best way to approach an every day task is by turning it into a performance art experience.
The Art of LawnMowing
Posted by Molliver at 11:50 PM No comments: